Please give a warm welcome to H.A. Wills

Tell us a bit about yourself
Gosh, I’m always awkward with this question, but let’s see what I can come up with. I live in San Diego, California with my other half, and in the near future, we’re looking to adopt a cat. I’m a nerd/ geek in every sense of the word(s). I enjoy video games, comic books, anime, television of the sci-fi/ fantasy/ paranormal elements, movies, music– pretty much all media in general. I love stories in any form I can get them, including playing D&D (Dungeons & Dragons) every other Wednesday– my dice collection is seriously something to behold.
I like collecting things that showcase my nerdery. Shelves full of figurines, art on the walls, t-shirts, and more all from different fandoms I enjoy. I love Bioware games, so I own quite a bit of merch related to Dragon Age and Mass Effect.

I enjoy traveling. Internationally, I’ve been to Paris, France and Tokyo, Japan—and made sure to go to their respective Disneyland’s while I was there. Humorously, I haven’t been to Canada or Mexico even though I could easily drive to either. My next international trip, I really want to make my way over to the UK and spend some time in both England and Scotland.
Mostly, I’m a homebody. I like eating good food, playing board games with friends, and while still planning for the future, enjoying what each day has to offer. I’m also extremely easy to amuse, so much so, that a bad pun can have me giggling.

We didn’t have a lot of money growing up, so I had two hobbies because they didn’t require much in resources. Drawing and writing. Both only required paper and a pencil. My nose was also usually buried in a book growing up because we lived close to the city library, so words were always floating around in my head and I’d write them down. Technically, I wrote my first novel over a summer when I was 16. It was awful as one would imagine.

I didn’t really consider becoming an author, because careers like that just didn’t happen to people like me, you know? Authors were like actors or musicians for me. Unreal that lived lives that were different than normal people. I’m a pretty decent artist and good with computers, so the general consensus was that I’d do something with that, and I did. I went to college and got a BA in Art specializing in Digital Media and became a graphic designer. I worked as a graphic designer for over 10 years and would write stories for fun when I felt like it. Mostly a lot of fan fiction because it gave me an opportunity to engage with people on two fronts, geeky things I was interested in and my writing.
As much as I enjoy art, I found that my job drained me more than anything, so when I discovered Kindle Unlimited and a diverse community of Indie authors through Facebook, I decided to try it myself. The worst that could happen was it didn’t do so well, and at the very least, I could knock “write a book” off my bucket list. Lucky for me, my first book did well and now I’m able to do something I really feel passionate about. 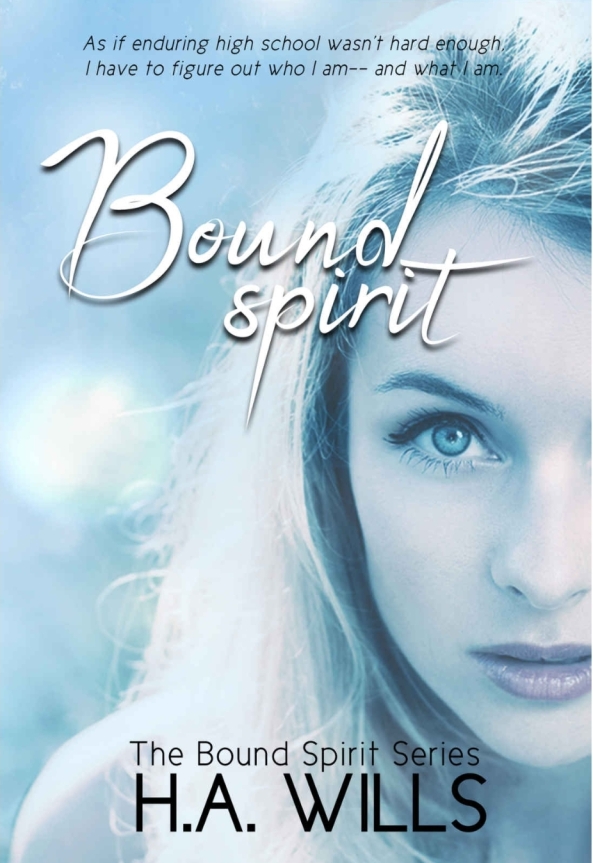 When I’m into something, I tend to focus and consume everything I can find related to it. In regards to my current series, The Bound Spirit Series, that something was the genre Reverse Harem (known in short hand as RH or WhyChoose?) Thanks to Kindle Unlimited, I was able to take in tons of different people’s works that fell under a genre that really isn’t served in the larger markets. I hate love triangles with a passion, so RH gave me an alternative to that.
Once I consumed pretty much everything I could that was out at the time, I decided I wanted to write one, because I wanted more stories. I’m of the “write what you want to read” demographic. Anyway, I was taking the train to visit some friends (which was about a six hour train ride) and decided to go through some old story ideas I had jotted down to see if any of them could work for RH. 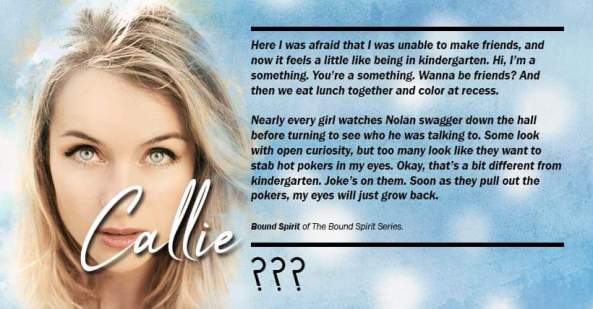 I had an old idea about this teenage girl that found out she was a witch and had no idea that she lived in a town of supernatural creatures until her magic started to manifest. In it, her two best friends were attacked by vampires, one died (becoming a ghost that haunted her) and one survived (becoming a vampire). Ghost made friends with a Nephilim that was also the preacher’s son, and the vampire found out her boyfriend was actually a werewolf.
Deciding I could make all these characters into a harem, The Bound Spirit Series was born. It was originally only supposed to be a four guy harem, but my character Donovan just showed up and refused to leave, so that’s how I ended up with two Nephilim instead of one.
For each element in regards to the lore, I have many different places I can point to for inspiration, but this is how the core idea for the series came to be 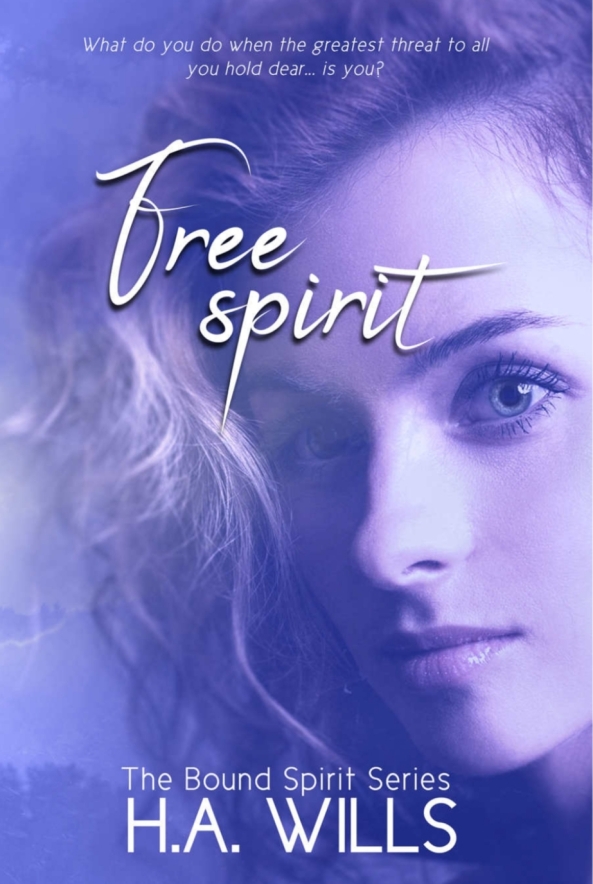 I’m currently working on the third installment in The Bound Spirit Series, Save Spirit, which is expected to release Summer 2019. 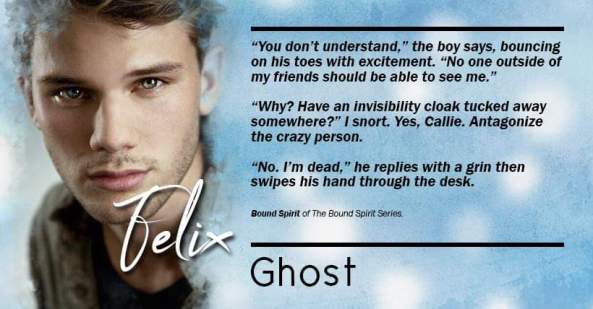 I think my process is one big quirk, I suppose. Like I mentioned prior, I have a background in fan fiction and it shows. After I make a ridiculously detailed outline, I have to write each chapter in order (like I used to do when releasing chapters for my fan fictions.) I then have it go through different parts of my team, editing it as I go, until it feels finished and only then can I move onto the next chapter. It’s not what’s recommended, but it’s worked for me thus far. 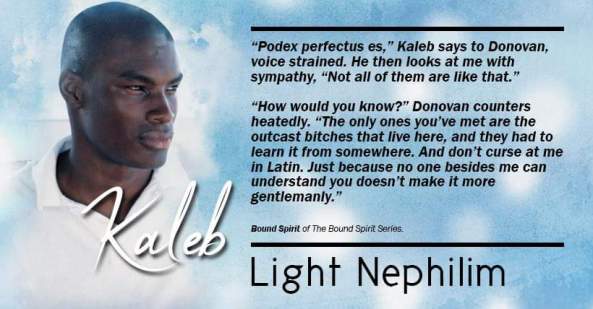 What are your hopes for the future?
I love that I can write full time and make a living at it, so my hopes are that it stays that way and people keep enjoying the work I put out. 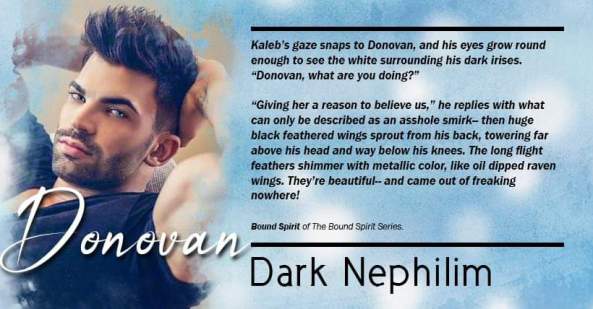 I’m an Indie author, which means I don’t have a publishing house. It’s all me, so for those considering going this route, it’s incredibly rewarding but also a lot of hard work and requires being very organized. Find a strong team of people to work with. Alpha and beta readers. Content and copy editors. Designers to create your covers and ads (unless you’re like me and can do it yourself.) Search out communities to help you. There are a wide variety of writer’s groups on Facebook filled with authors, editors, and PA’s that are happy to share their knowledge and experience.
Also, take your time with your first book. You only get one chance to make a first impression, and your best advertisement is word of mouth, so make sure everything is solid before putting it out into the world. Once it’s out there, stay engaged with your readers and your communities. It takes time to write books, and you want to make sure you stay relevant in the meantime. 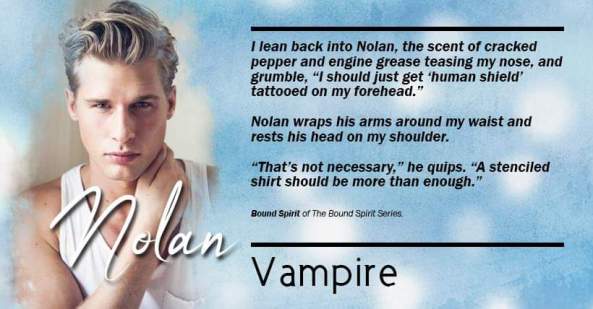 Not going to lie, the idea that I have fans is mind boggling. I see myself as some dork behind a keyboard that is lucky enough that other people also want to talk about the imaginary characters in my head. So that being said, thank you. Time is a precious resource, and I’m eternally grateful to every single person that has spent some of that precious resource on my work. I hope that each subsequent work I put out continues to be found worthy. You’re all so amazing, and it’s only because of all of you that I get to do what I love. So again, thank you. 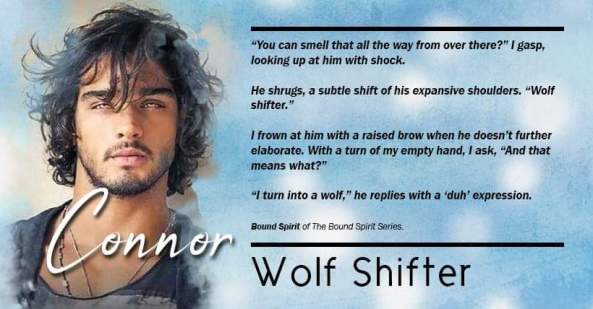 Holidays Between The Sheets 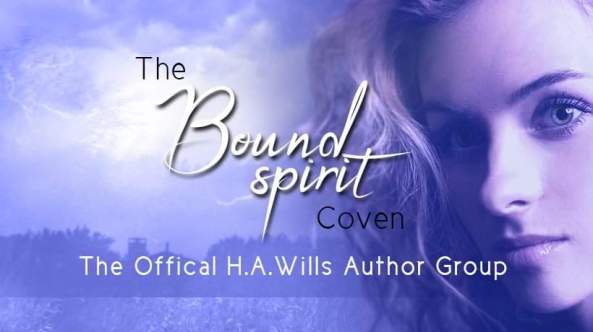