The final book in the Shadowborn series, Embraced by Shadows by Erin O’Kane, is now up for pre-order! It will be releasing on 10th November 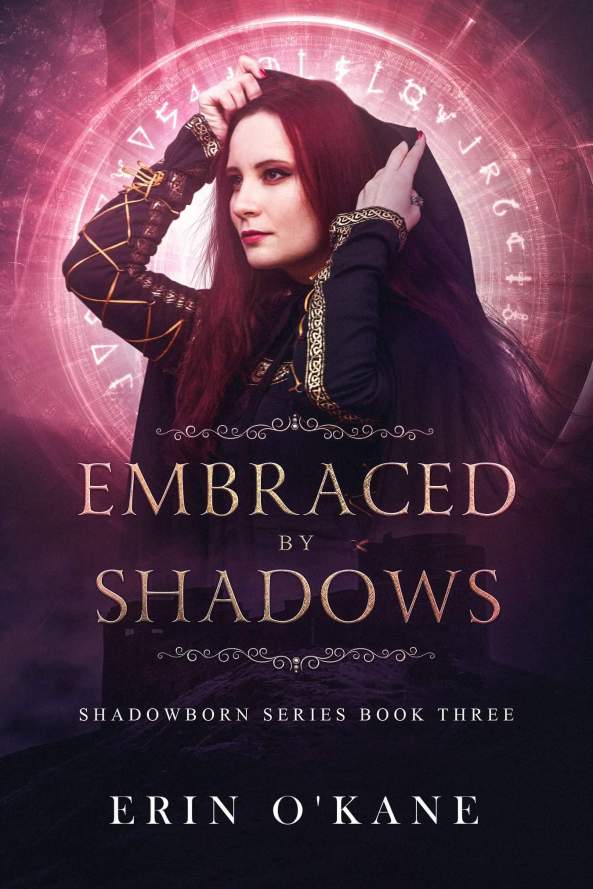 Ari is in trouble.

Mourning the loss of her best friend she is trying to uncover who is truly behind Tori’s death, and has attracted the attention of some very powerful enemies. Shifters are still disappearing, and war is brewing in the city.

Since embracing her powers and discovering the presence of more Shadowborn, Ari must learn to rely on others to help her though her grief. With the help of the men in her life, and the support of Moon River pack, she might be able to finally have a place that she calls home.

Ari finds herself in way over her head and has to accept the help of the corrupt supernatural law enforcement team, ASP.

Will Ari and her new family be able to overcome this unknown evil filling the city, or will everyone become Embraced by Shadows?

This is the final book in the Shadowborn Series. This book is aimed at audiences 18+ and is a Reverse Harem novel. 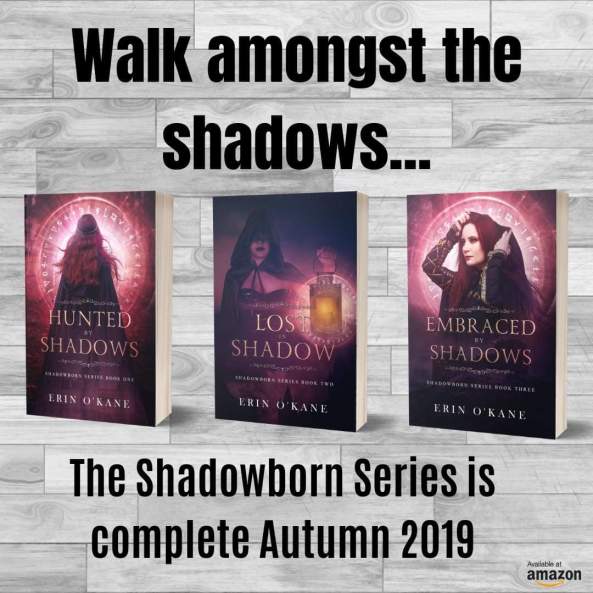 Want to catch up with the first two?