In the Cage, nothing is what it seems. It’s inescapable. And I’m dead in the sights of four insatiable and sexy men.

My name is Lu Darke. I’m a witch by birth and an arsonist by accident, but I never thought I’d find myself in a place like this. Cimmerian Reform Academy, called ‘the Cage’ by its students, was once an asylum, but now I’m forced to call it home.

My roommate hates me, the Headmistress has a sinister agenda, and worst of all, students have a habit of dying young and fast in the Cage. If I don’t watch my step, I might be the next to go, but help could come from dangerous places… for a price.

Roman and Shane were imprisoned for illegal shifting, and they look at me like they want to rip off my clothes with their fangs.

Professor Steele is a hard taskmaster whose special brand of punishment leaves me craving more.

And in the darkness beneath the Cage lurks the most deadly of predators- Locke, a vampire who walks through my dreams with a thirst for more than my blood.

Secrets lie in wait behind the black doors, students vanish overnight, and everyone hides what they really want. In the case of these four, however, what they want is crystal clear: me.

This is a steamy, medium-burn academy reverse harem romance trilogy. No choosing, no cheating- only unbridled passion and emotional angst in a haunted gothic mansion! Mature readers only.

I used to be your run-of-the-mill Los Angeles teenager. Middle of the pack in looks, popularity, and intelligence. Literally nothing special.

And then we moved to New York City and I couldn’t get back to normal no matter how much I might want to.

Instead of normal, my average day had me talking to a ghost in my bedroom, chatting with my freaky tarot-reading neighbor as she babbled about prophesies, and being escorted to and from school by the two hottest guys I’d ever seen. The kind of guys who’d never even have spoken to me in LA.

Of course, I couldn’t just go to a new school and make a few friends, couldn’t find a cute boy to take me to a dance or a football game like a normal girl. No, I had to stumble into whatever insanity my life had become, with its underground academies, kids with terrifying powers, and some ancient prophesy that made everyone believe I was “the one.” As if this was some Matrix redux.

The problem is, the longer I’m living this new life, the more I’m starting to believe what everyone is saying about an ancient evil rising from beneath the city.

Caelum: an Academy built to protect people like Eve.

Who they can’t protect her from?

Its own student body.

The threat of death isn’t new to Eve, but when she’s given the chance to escape her past, she prays her future will be brighter.

How wrong she is.

Raised in a cult, Eve has no understanding of the modern world. Targeted as a freak, a Pack of boys take her under their wing but one among them recognizes Eve for what she is.

Eve survived her past, but what of her future?

Growing up among non-magical folk, I never thought I was anything special. Sure, I had magic, but the powers had diluted over the generations.

I never even dreamed of going to a magic academy – I didn’t have the money or the power. Not until I was granted a scholarship.

But Arcane Academy isn’t exactly welcoming for someone like me. Old magical families hold the power and not everyone is happy to have someone like me in their midst.

Three guys especially single me out. They try to intimidate me, but I won’t let them.

I belong here. Just as they do.

When one of the guys takes it a step too far, my magic erupts like never before.

I might be something special after all… And the guys see it too.

They all want me now. And no one is laughing. 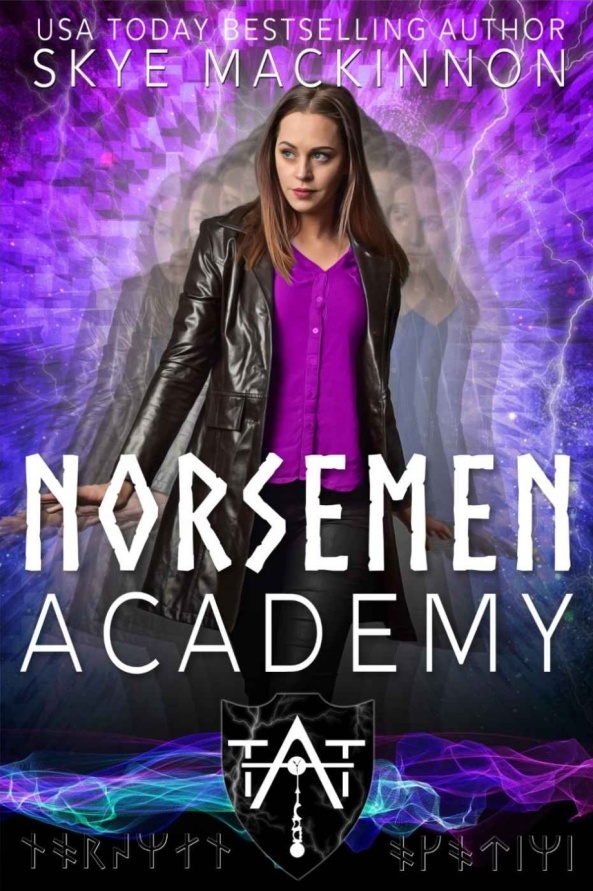 There were three men in my mind. One in the past, two in the present. How was a girl supposed to think like that?

Lainie never expected to be admitted to the prestigious Time Travel Academy.

And she certainly didn’t expect to fall for her teacher… and a Viking… and a mysterious archivist.

When a forbidden jump in time goes wrong, Lainie will have to draw on everything she’s learned to make her way back into the present – and into the arms of her men.

A full-length steamy reverse harem full of action, intrigue and hot Vikings, set in both past and present. Includes resources to learn basic runes and Old Norse!

Previously published as a serial. This book combines all five episodes and includes a bonus scene. 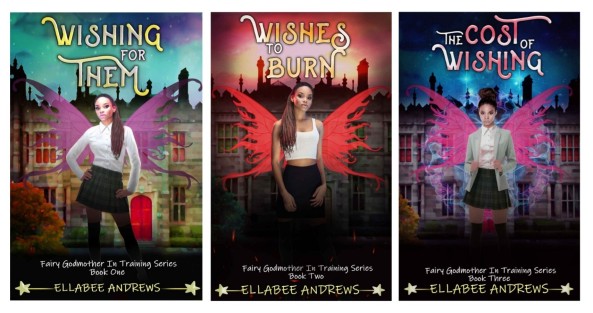 As a fairy living in a small town, my goals are pretty simple: go to the community college, own a coffee shop, and live my life drama-free. But all that changes when my name is chosen to receive a full scholarship to Aradia, the most prestigious supernatural academy in the world. On a dare, I had entered, never expecting to be chosen, yet here I am.

Surrounded by the best of the best, I feel like the small fish in an ocean full of sharks, until three handsome guys and my sexy Succubus roommate come to my rescue.

With new friends and the real Fairy Godmother as my mentor, I may just survive this, that is if someone doesn’t kill me first. So much for living drama-free.

This is a reverse harem romance with a female in the harem. 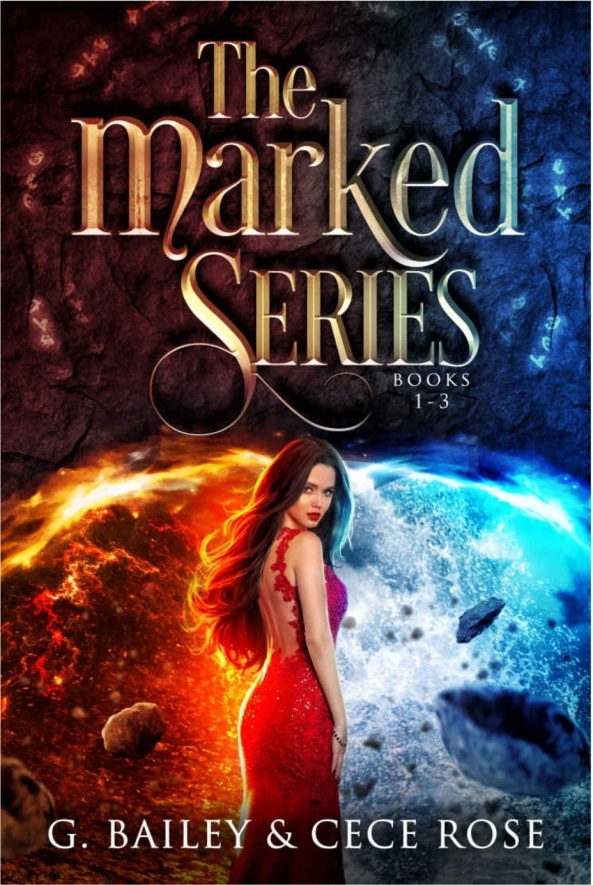 When Mackenzie’s seventeenth birthday comes around, she planned to spend a few years at the school for the marked learning about her new powers, and then leaving and living her life. But nothing goes as planned when she attends the marking ceremony and all twelve marks appear.

With learning about her new powers, the last thing Kenzie needs to worry about is falling for her hot teacher. Not to mention the unneeded distractions of the sexy twins, the jerk in all her classes, and her older brother’s best friend who finally seems to notice her.

Romance and marked powers are never a good mix, not when there are people who desire her for more than her heart.

Kenzie may not know, understand or want her twelfth power, but someone does.

This is a reverse-harem complete series with exclusive bonus scenes.