HISTORY DECREES SHE MUST DIE—OR LOSE HER MIND

The world has waited a long time for the Kaisae—Salryc Luxx, leader of the iliri and commander of the allied forces. Kaisaes before her have died or gone mad. But now that they are so close to finally winning the war and finding peace for her species, either option is unthinkable! She’s still needed. The war is yet to be won, and now there’s a coup brewing at home in Anglia.

As Sal prepares for a crucial push into enemy territory, the biggest battle her country faces isn’t about destruction; it’s about the rebuilding that comes after. If they want this war to matter, their new citizens will need to remember what it means to be iliri: to make packs, have children, and find the remains of their culture. They’ll need to make a home, and do it together—all three species: iliri, graouri, and humans. Although Sal is battling personal issues almost as large as her military battles, like the fact that no Kaisaes live into a happy old age. They either die fighting—or they go insane.

The newest member of Sal’s pack, Ryali, has been recruited to research the creation of the iliri species in the hope of discovering the reason Kaisaes have historically lost touch with reality—and hopefully she can find a way to make sure it doesn’t happen to Sal. But she’ll need more than old books to help. Luckily, there’s an answer—and Sal’s newly-expanded four-mate harem is determined to save her. It looks like they’re going to need a much bigger tent.

It’s the final stretch of Auryn Hadley’s Rise of the Iliri series, and in this ninth installment, heart-stopping military action-adventure in battle is blended seamlessly with enough heady, complex sociopolitical commentary to delight both fantasy and science fiction readers—not to mention the steamiest of love scenes, sure to excite reverse harem romance fans.

A Song of Ice and Fire’s beloved fantasy author George R.R. Martin once mused that he wished Tolkien had written more about what happens after the great war is won: How do the people move on? What of famine and flood? What happens next? Both Lord of the Rings and Game of Thrones epic fantasy fans will find clever explorations of these questions here. 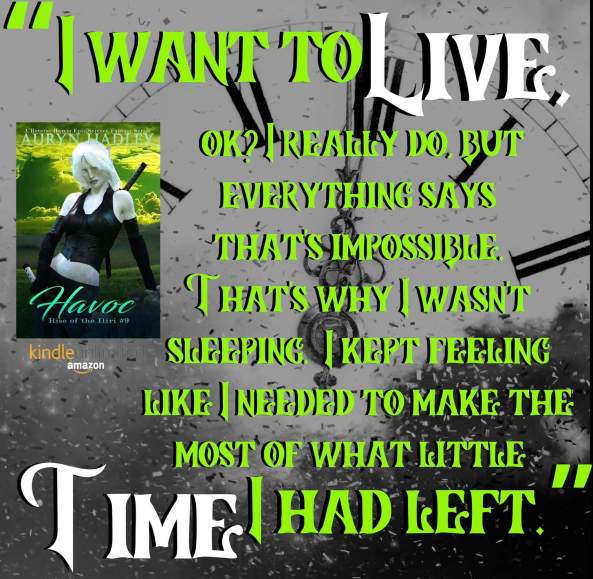 For those who haven’t yet tried this series, now’s the time! It’s epic science fantasy at its pulse-pounding best, with a female protagonist sure to touch your heart—and win it—with her inspiring blend of compassion and strength. It’s also a searing-hot reverse harem fantasy romance—because it has to be. Not only is that the iliri way, but in any society, Sal would be too much woman for only one man.