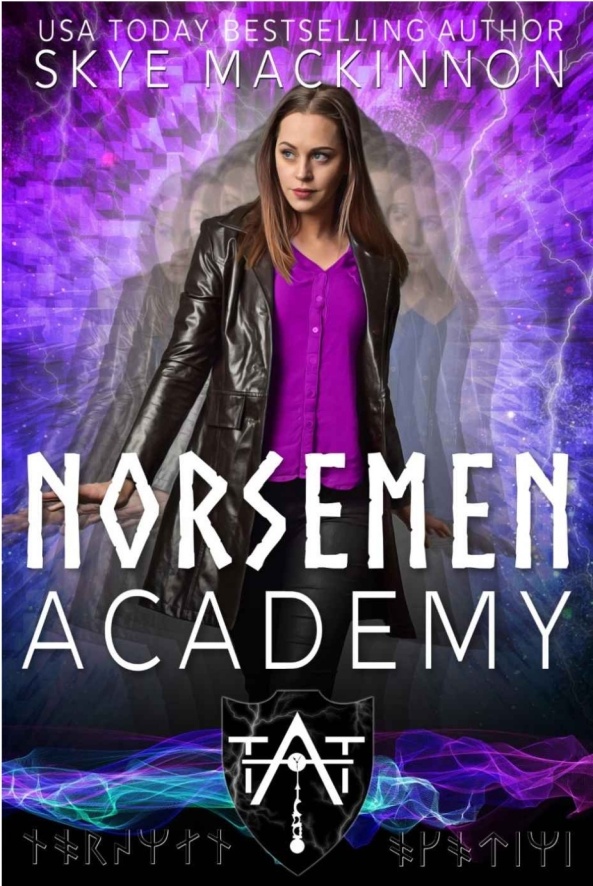 There were three men in my mind. One in the past, two in the present. How was a girl supposed to think like that?

Lainie never expected to be admitted to the prestigious Time Travel Academy.

And she certainly didn’t expect to fall for her teacher… and a Viking… and a mysterious archivist.

When a forbidden jump in time goes wrong, Lainie will have to draw on everything she’s learned to make her way back into the present – and into the arms of her men.

A full-length steamy reverse harem full of action, intrigue and hot Vikings, set in both past and present. Includes resources to learn basic runes and Old Norse!

Previously published as a serial. This book combines all five episodes and includes a bonus scene.

Nightingale shifter and performer, Lorelei, is the star of the Tri-Star circus. With her beautiful face and enchanting voice, she has an act that can’t be beat.

She’ll learn the hard way, however, that things aren’t always as they seem. Life as she knows it is a lie, a cover for deeper, and darker secrets and deceptions.

Heartbroken and betrayed by the man she trusted most, she’ll have to decide if she’s willing to put her faith in the three handsome strangers that come crashing into her life, and unveil a past that a spell had hidden away.

With a kingdom in the clouds she’ll one day rule, and traditions she refuses to accept, she’ll have to make a choice.

Will she stay locked away in her gilded cage? Or will she take flight and show everyone that, princess or not, she makes her own rules?

*Possible triggers for abuse and noncon*

I’m an omega shifter, a “rare gem” in a world full of brutal alpha males vying for dominance and the right to claim me as their mate. My choice doesn’t matter. Not as an omega in a pack where tradition is the only law. I’ll have to watch the Trials and accept the victor as my mate.

James, the hybrid outcast who desires revenge even more than power.

Mace, the cold and calculating doctor who banished my father from the pack.

And Christopher, my childhood friend and the only alpha who’s ever seen me as more than the key to power…at least, that’s what I thought, until he entered the Trials.

When war turns the tables on my four suitors, I’m the one calling the shots.

The Marok dynasty is at an end, and our pack has been given an ultimatum: embrace the far more civilized ways of our conquerors or face destruction.

Now, it’s up to me to save the pack and bring these four alpha males to heel. The choice is finally mine, but it’s harder than I ever imagined…

Readers 18+ only, series gets progressively steamier as it goes along. 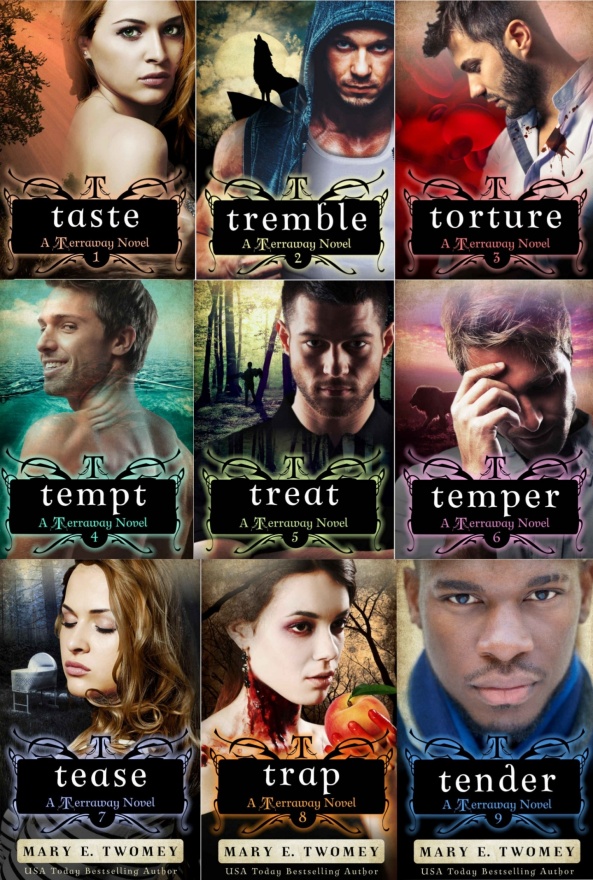 What to do when your crush turns out to be a monster (and other such problems).

Just when correctional nurse October Grace has a handle on her stressful job and taking care of her mentally ill mother, a shifter king and a potential vampire mate plunge her into a foreign land that’s on the brink of starvation. Now, with a ticking clock and a target on her back, October takes up the mantle of becoming one of the rare Omens who can bring hope to a dying world.

Mason and Von remain by her side to shield the national treasure while she sacrifices herself to reap the souls that will feed the nations of Terraway. As the death toll rises daily, October finds herself tangled up in a cutthroat world where fairytale creatures run wild… and every day is a new bloody battle. 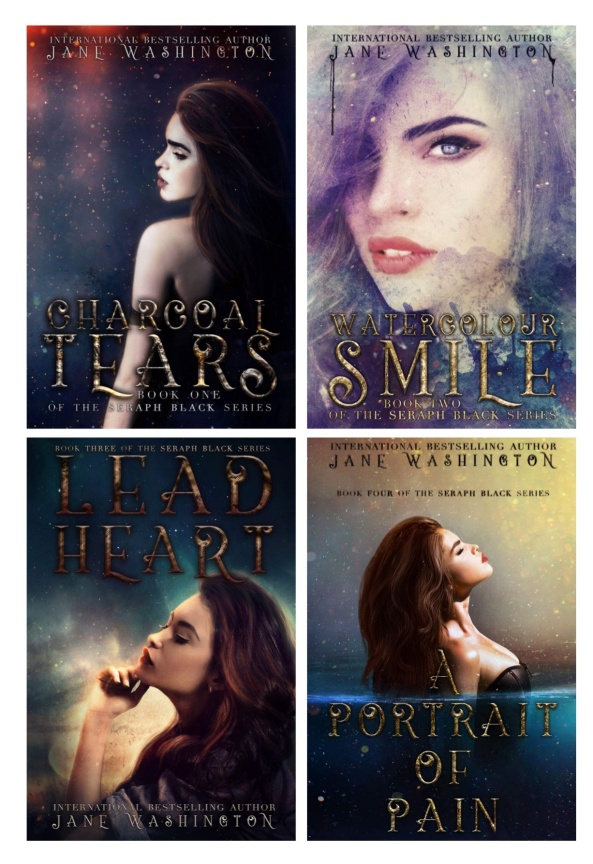 “You see, there is safety in simplicity… in a life of simple peace, where the electricity doesn’t dance across the backs of my eyelids, and the sparks don’t slither over my consciousness. Only asinine peace, where my paintings don’t seem to paint themselves, leaving me with terrible feelings of premonition and a chill beneath my fingernails.”

Seraph Black used to think that she was prepared for anything. She could last days without eating and she always walked away from the violent altercations with her father relatively unharmed. She survived working at the club and the drive to school every day in her mother’s rust-bucket of a car… but it all changed when Noah and Cabe came bulldozing into her life, careless of the precious secrets they picked apart in their quest to take over her world. She was even less prepared for the mysterious Miro and Silas, and nothing could have prepared her for the bond. The connection. The reason for it all.

Someone wanted her to stay away from her new friends, but she wasn’t willing to do that.

She wanted to know theirs. They wanted to own hers.