Vampyres don’t exist. They absolutely do not exist.At least I didn’t think they did ‘til I tried to quit smoking and ended up Undead. Who in the hell did I screw over in a former life that my getting healthy equates with dead?Now I’m a Vampyre. Yes, we exist whether we want to or not. However, I have to admit, the perks aren’t bad. My girls no longer jiggle, my ass is higher than a kite and the latest Prada keeps finding its way to my wardrobe. On the downside, I’m stuck with an obscenely profane Guardian Angel who looks like Oprah and a Fairy Fighting Coach who’s teaching me to annihilate like the Terminator.To complicate matters, my libido has increased to Vampyric proportions and my attraction to a hotter than Satan’s underpants killer rogue Vampyre is not only dangerous . . . it’s possibly deadly. For real dead. Permanent death isn’t on my agenda. Avoiding him is my only option. Of course, since he thinks I’m his, it’s easier said than done. Like THAT’S not enough to deal with, all the other Vampyres think I’m some sort of Chosen One.Holy Hell, if I’m in charge of saving an entire race of blood suckers, the Undead are in for one hell of a ride.

Magic and Mayhem Book One

Released from the magic pokey and paroled with limited power is enough to make any witch grumpy. However, if you throw in a recently resurrected cat, a lime-green Kia and a sexy egotistical werewolf, it’s enough to make a gal fly off the edge. Not to mention a mission…with no freaking directions. So here I sit in Asscrack, West Virginia trying to figure out how to complete my mysterious mission before All Hallows Eve when I’ll get turned into a mortal. The animals in the area are convinced I’m the Shifter Whisperer (whatever the hell that is) and the hotter-than- asphalt-in-August werewolf thinks I’m his mate. Now apparently I’m slated to save a bunch of hairy freaks of nature? If they think I’m the right witch for the job, they’ve swallowed some bad brew.

One simple mistake…For a girl who is about to lose her family home,Releases the ghost of a long-dead gangster,And opens Verity Long’s eyes to a whole new world.When out of work graphic designer Verity Long accidentally traps a ghost on her property, she’s saddled with more than a supernatural sidekick—she gains the ability see spirits. It leads to an offer she can’t refuse from the town’s bad boy, the brother of her ex and the last man she should ever partner with.Ellis Wydell is in possession of a stunning historic property haunted by some of Sugarland Tennessee’s finest former citizens. Only some of them are growing restless—and destructive. He hires Verity to put an end to the disturbances. But soon, Verity learns there’s more to the mysterious estate than floating specters, secret passageways, and hidden rooms. There’s a modern day mystery afoot, one that hinges on a decades-old murder. Verity isn’t above questioning the living, or the dead. But can she discover the truth before the killer finds her? 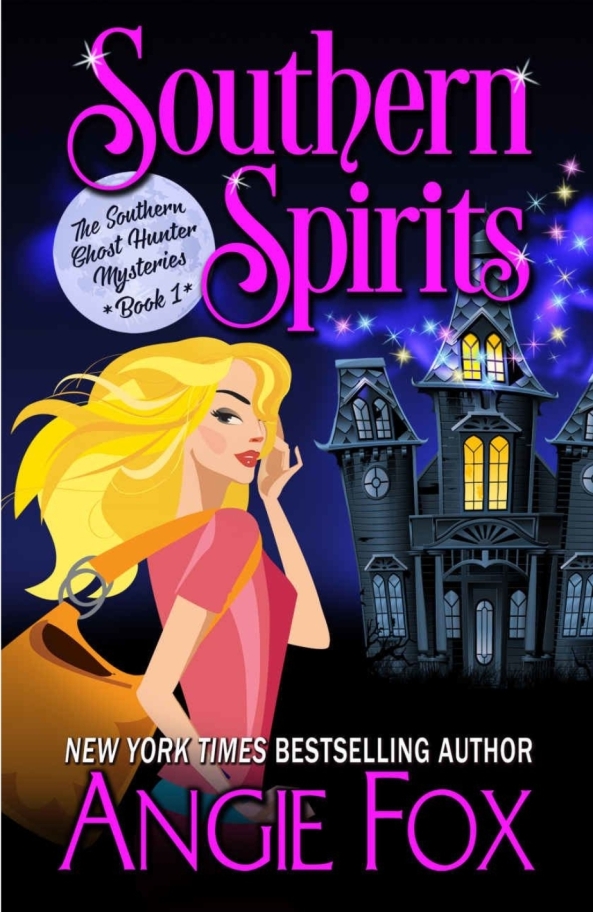 Welcome to Nocturne Falls, the town where Halloween is celebrated 365 days a year. The tourists think it’s all a show: the vampires, the werewolves, the witches, the occasional gargoyle flying through the sky. But the supernaturals populating the town know better. Living in Nocturne Falls means being yourself. Fangs, fur, and all.After seeing her maybe-mobster boss murder a guy, Delaney James assumes a new identity and pretends to be a mail order bride. She finds her groom-to-be living in a town that celebrates Halloween every day. Weird. But not as weird as what she doesn’t know. Her groom-to-be is a 400-year-old vampire.Hugh Ellingham has only agreed to the arranged set up to make his overbearing grandmother happy. In thirty days, whatever bridezilla shows up at his door will be escorted right back out. His past means love is no longer an option. Not if the woman’s going to have a future. Except he never counted on Delaney and falling in love for real.Too bad both of them are keeping some mighty big secrets…

Welcome to Nocturne Falls, the town that celebrates Halloween 365 days a year.Jayne Frost is a lot of things. Winter elf, Jack Frost’s daughter, Santa Claus’s niece, heir to the Winter Throne and now…private investigator. Sort of.Needing someone he can trust, her father sends her undercover to Nocturne Falls to find out why employees at the Santa’s Workshop toy store are going missing.Doing that requires getting to know the town, which leads to interesting encounters with a sexy vampire, an old flame, and an elevator that’s strictly off-limits. The more Jayne finds out, the more questions she has, but the answers lead her deeper into danger.Will her magic save her? Or will she come up cold? 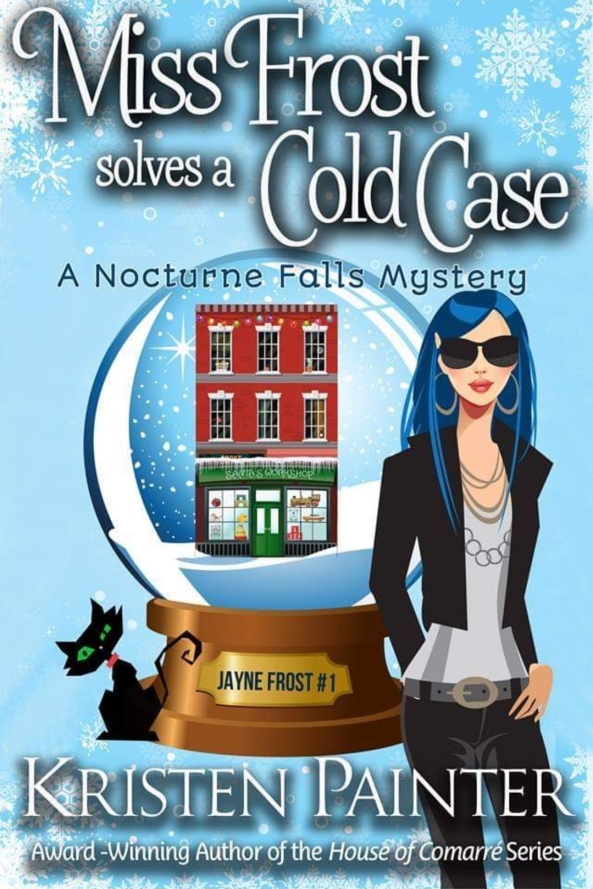