I’m lucky today to have the fantastic artist Dani Smith from Quick Draw Studios visiting. She was kind enough to answer a couple of questions about herself and her latest release. 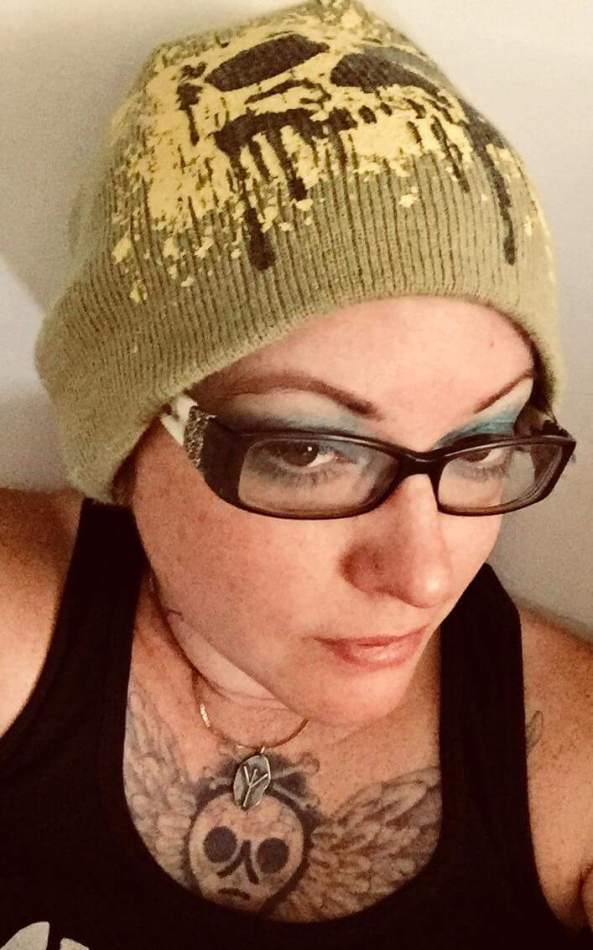 I’m a comic book artist, writer, and all around crazy love able tattooed gal hailing from San Diego, CA, USA. I primarily focus on horror and dark urban fantasy themes, which allow me to draw all kinds of awesome monsters! My partner, Alex Julian, recently became my primary colorist; he also designs some of the creatures you will see popping up in my stories. We live in a charming old craftsman cottage in San Diego with our 6 year old boy, Ryker, a spry Jack Russell named Arrow, a fat guinea pig named Freckles, and a very curious Betta fish named Jack. We are the all- American artist family. 😉

Have you always wanted to become an comic book artist?

Initially, no. I once dreamed of owning an art gallery and being a novelist separately. I started teaching myself the art of comics about six years ago during pregnancy bedrest, and I would never go back. I get to combine art and storytelling…nothing is better. It’s become my absolute passion.

What was your inspiration for the series?
I have a passion for anthropology, folklore, mythology, theology, and the stories cultures worldwide have told for generations. I was inspired by the beings and creatures that have emerged from these traditions, and I wanted to write a story incorporating them, with characters that are both wondrous and relatable. The end result was BDRR.

I like to go sideways—coffee and a glass of wine or champagne at the same time. Gets me both hyped and mellowed, hahaha! Good music is an absolute…it fuels the creative process. I’ll sometimes listen to the same song over and over for hours.

Do you have any advice for new artists/authors about the publishing world?

First, make a quality product. Quality is absolute. Secondly…DO NOT GIVE UP! This is a rough gig. There will be lean times. Absolute feast or famine. Determination is what will get you through.

The next chapter of BDRR hahaha! We are also starting ASYLUM, a series Alex created about a teen insane asylum with a Lovecraftian theme…this will be the next title we put out. Thirdly, we have SHALE CITY, a punk fey fantasy that I’ve been conceptualizing for the last few years. That will hit this summer…the fans are really excited about that one!

We have a film option for BDRR that is floating around Los Angeles with a really fantastic producer and a few celebrity fans who would like to play the characters. I’m hoping it comes to fruition. The film world is complicated, so we will have to just kick back and see. Book sales will partially be driving the funding for that, so get out there and buy your copies, kids! 😉 💕🌹

You are why I’m here. I love you all and could not be more grateful. I hope to do right by you all by continuing to put out stories that you are excited to read!
Black Dog and Rebel Rose: Chapter I:

The Road to Hell by 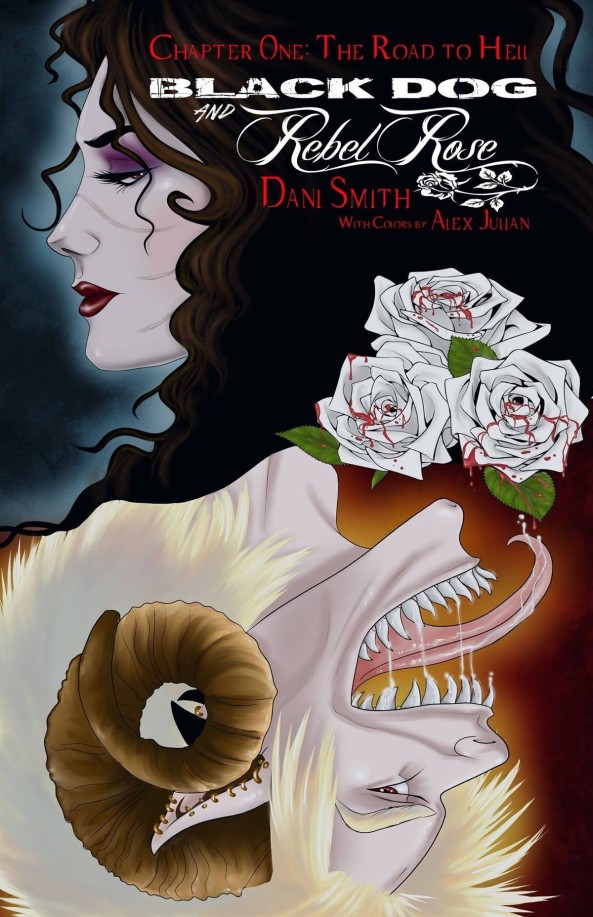 Blurp
A Beauty and the Beast tale unlike any other…
Skriker, the Halfling son of a demon and a stripper, is a supernatural hunter with nothing to tie him down, and he likes it that way. Between gore-splattered hunts slaying things that go bump in the night, he fills his days and nights with women, cage fights, and hard, fun living. But when the tattooed, Harley-riding bad boy makes a trip out to the abandoned town of Paradise Hill, a rotting burg rumored to be infested by a parade of grisly horrors, he discovers that he isn’t the only hunter to sniff out such a rich prize…and while she just might be the stuff his dreams are made of, she may also lead to what could be his gruesome undoing.

This comic is suitable for MATURE READERS only.

Read a FREE PREVIEW at