A poem by the awesome Kim Stapf 💟 via Ben Ditmars 💙

Last week I shared another edition of my poetry workshop Joy of Writing. The topic was love poems, and I had some great responses . Here is an incredible poem written from the exercise by Kim Stapf.

Last year I invited poets to write a few lines about love on my old blog. What is it and what does it mean? How can we unravel something so painfully elusive? This year I invited them back to reflect a year later: Helle Gade, Regina Puckett, and Poppy Ruth Silver.

Additional thanks to those contributing last year whose poems I have reposted: Brock Gates, Amber Norrgard, Susie Clevenger, Sreya Bremtin.

I will fight against you, for you
Because you mean more to me
than any fight can ever erase
– Amber Jerome~Norrgard

Book Description:
A beautifully written collection of short stories from critically acclaimed Pacific Northwest writer Justin Bog, Hark—A Christmas Collection explores the range of emotions surrounding the holidays. From melancholy to madness, loss and despair to hope and forgiveness, these six tales shimmer with feelings, some we’d rather stuff away, that Christmas can evoke. Within Hark—A Christmas Collection, a retired police officer faces another Christmas Eve while bitter recollections haunt his every turn, a lonely woman plans to seduce Santa Claus one Christmas Eve, a widow grows anxious as she searches for a present she misplaced and intended to send to her ungrateful sister, a woman can’t keep the images of her past—these ghosts—from haunting the life she chooses to live, a bookstore clerk and his partner join a Christmas party in Sun Valley, Idaho and are taught a lesson most un-holidaylike, and, finally, a couple portrays Mr. & Mrs. Claus in their small island town holiday festivities and face a grim diagnosis together. Set in colorful locations around the United States, from Anacortes, Washington, to Ann Arbor, Michigan, and Sun Valley, Idaho, each tale focuses on people who struggle to make good choices, learn lessons, and maybe even find peace during the holiday season.A bonus story, Poseidon Eyes, from Booktrope’s upcoming reissue of Sandcastle and Other Stories—The Complete Edition, is included.

Book Blurb:  100,000 children are sexually trafficked every year in the US.  In the 1990s, Charlie was one of those children.  She’s spent her adult life getting past that, trying to become a successful business owner in Serendipity, TX.   Relationships are not goals for her.  In fact, she’s not even sure she has what it takes to be a part of one.

Les is a fool for love.  All he’s ever wanted was a girl.  Now that every last one of his friends are married, and in happy relationships with families, he can’t stop thinking about the sexy lady who sells house parts, even if everything about her screams at him to stay away.  He just can’t.
When they are thrown together on a cross-country road trip, Charlie’s past comes back to her full-force, long-buried memories inundating her.  Les seems to be the only thing grounding her to the present, when everything else seems to be trying to tear her apart.
While it has a HEA, the road getting there is long, rough, and dark.  Enjoy the ride.

He was a fool for love–had been in love with nearly every woman he’d ever met–and had never really had a serious relationship.  He’d had a couple of seriously one-sided ones, but nothing ever stuck.  Sweetness wouldn’t be any different.

But she just might come and work for him, if he could get the price right.

He dialed her number and listened to it ring.

“Charlie’s Recycled Restoration, can I help you?”  Her sweet, throaty voice screamed sex at him, and he shifted in his seat to accompany the sudden tightness in his pants.

“Hey, Les.  Did your clients like any of the molding?”

“Yeah, I’ll be out later today to pick it up, but I was calling about something else.”

“Oh yeah?”  Her voice lowered an octave, and Les had to control the urge to start talking dirty. That wasn’t really his bag, but something about this woman made him think all sorts of inappropriate thoughts.
“How would you like to come over to the dark side…?”
“Excuse me?”

“How much is Charlie paying you?  I’ll double it if you come work for me.  I need someone with your knowledge and aptitude to help me.  And you’re good with organization and numbers.  Come on, please?”
“I don’t think so, Les.  I’ve got a really good gig here.”  He could hear her laughing, and it stung a little, but he was nothing if not persistent.
“What, are there benefits I’m not aware of?”
“You could say so, yes.”  She sounded cagey, but still playful, so he decided to play along.
“I can tack on some extra benefits, Sweetness.  You just name it.”  Her breath caught on that line, so he continued.  At some point, he probably shouldn’t have, but he couldn’t stop himself.  The husky timbre of his voice gave his intentions away.  “I got all sorts of benefits in mind for you, Sweetness.”
“I’m sure your benefits are…amazing.”  She was breathless, and Les did a fist pump in the air in spite of himself.  “But I really can’t.”
He wilted a little, but remained confident persistence would pay off in the long run.  “Think about it, the offer’s open.”  Defeated, he ended the call with the promise of seeing her that afternoon.  He’d try to time it so her boyfriend wasn’t there.  Maybe he could illustrate the benefits he had in mind. 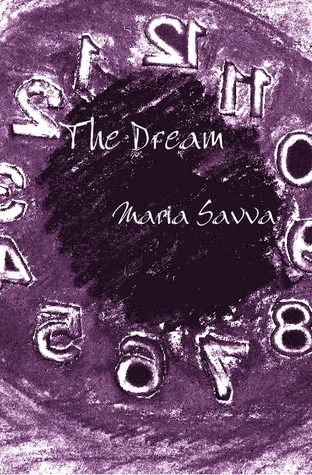 Where is your home town?

How long have you been writing?

I started writing my first novel, Coincidences, in 1997, but I had been writing short stories for a few years before that. Creative writing was always one of my favourite subjects at school.

What is your favourite sub-genre of mystery?

I love all types of mystery. I’m the type of reader who reads all genres. Probably because of that I also write in all genres. If I had to choose a favourite sub-genre of mystery it would probably be paranormal or fantasy.

Can you introduce us to Lynne and Adam, tell us about their lives.

Adam works for a bank and has a very successful career. Lynne works as a secretary in an accountancy firm, but she loses her job due to…

An awesome review of Reflections 💖

What do you see: “Reflections” Minds Eye Series By Darcia Helle, Jason McIntyre, Maria Savva, Helle Gade, Michael Radcliffe, Martin David Porter, Ben Ditmars
What a fantastic collection of stories& poems & photography. These books are like no other, a picture is worth a thousand words. Awesome story telling with every picture, they all were fantastic stories, well written and the pictures were beautiful. The poems were a nice added edition to this book. Some stories are dark, while others were in between, same goes with the poetry. Download now and form your own opinion.

To spread the word about our new book we have started a Thunderclap campaign.

We’d love if you would support us here http://thndr.it/1u7vLbC

The stories and poems is inspired by pictures taken by Martin David Porter and myself.

The poems are from Ben Ditmars and myself.

The cover was designed by Jason McIntyre from a photo by Martin David Porter.

You can find out more about the Mind’s Eye series here: