Not good enough for heaven but not bad enough to burn, Kylie has a slight problem. She’s dead and trapped between the realms.

Left with no options, she follows Detective Liam Stone on the hunt for her killer. Death has left Kylie invisible but does nothing to dampen her desire for the sexy detective. Instead, it  gives her the freedom to do as she pleases with his body, and what a delicious body it is.

Liam’s determined to solve Kylie’s case but as the clues uncover an underground world of demonic torture and pacts, Liam must face his own secrets or the flames of passion won’t be the only ones the couple will have to face.

Inside Scoop: Parts of this tale are graphically violent, but other parts might leave you drooling for a ghost or a demon of your own. Look out for the brief but hot F/F scenes in the bedroom and the shower.

She died on this corner. It seemed strange it would be right here where she caught the bus each morning and evening. She couldn’t recall why she had been there at that exact time but it didn’t change the outcome. She was dead.

She had been brought up to believe things would be different when this day came. There would be light, trumpets…peace. Kylie had none of those things. Instead, she stood looking down at her lifeless body in shock. Maybe this is what happens when you’re murdered. That thought lingered on the outer rim of her disbelief.

“At least my nails still look good,” she said tilting her head to get a better look at the rounded pink tips she’d gotten done the day before. At her statement, the man hovering over her empty shell lifted her hand from the ground and inspected her nails.

“It doesn’t look as if she tried to defend herself.”

No shit Sherlock, she thought with a roll of her eyes. She craned her neck attempting to get a better look at the man’s face. He was big and rugged looking, as if he hadn’t shaved in at least a week. The beginnings of a dark beard covered his chin but in a harsh contrast to his dark hair, his eyes were a light blue almost exactly the same shade as the sky. He was a sexy one she realized with a pang of regret for the life she had lost.

He lifted her skirt. “Underwear’s still in place. She doesn’t appear to have been raped.”

“Put that down you dirty little bastard. Sheesh! Who is this guy?” He dropped the material and smoothed it down over her knees. It was a sad day when a girl ended up murdered on a street corner and couldn’t even hold onto her modesty afterward. Damn, why hadn’t someone as sexy as him wanted to check out her girly bits while she’d still been able to enjoy it? Typical.

Charity Parkerson is an award winning and multi-published author with Ellora’s Cave Publishing, Midnight Books, and Punk & Sissy Publications. Born with no filter from her brain to her mouth, she decided to take this odd quirk and insert it in her characters. 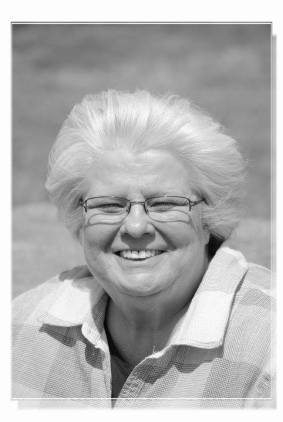 Regina Puckett is an award nominated author for her short story, Balloon Wishes.

Memories won first place in the 1st WSBR International Poetry Contest. This poem may be found in her book of poetry, Tilting at Windmills and Words.

Slowly Drowning won second place in the 3rd WSBR International Poetry Contest. This poem may be found in her poetry book, My Words into the Beyond.

Sir Galahad Comes to the Rescue won third place in the 3rd WSBR International Poetry Contest. This poem may be found in her book of poetry, Ramblings and Dreams.

Her collection of poetry, Fireflies, won 2013 Turning Pages Poetry Book of the Year.

She has been writing for over forty-five years. She lives in Tennessee with her husband of over forty years. She has two grown daughters and four grandchildren.

She writes sweet romances, horror, inspirational, picture books and poetry. There are several projects in various stages of completion and there are always characters and stories waiting for their chance to finally get out of her head and onto paper.

Please come and visit me at